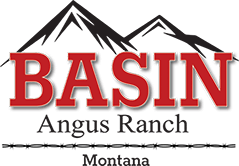 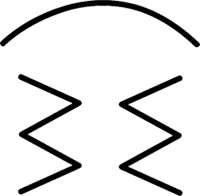 Basin Angus Ranch was established in 1972 when Wayne and Marian Stevenson convinced a small local bank to loan them the money to purchase their original ranch property near Hobson, Montana. With three young children and 125 head of registered Angus cows they had built up with working with Wayne’s parents, a new chapter began. While this was the beginning for Basin Angus, it was just a new starting point for a family with a long history in the Angus business.

Over a century ago, the first of the Stevenson family moved to central Montana from Missouri. In 1916 Jim and Ida Stevenson homesteaded with their family in the Judith Basin area near the present-day community of Hobson.

Their son Jamie Stevenson attended school in Hobson, graduating in 1931, and then worked with his parents on their ranch. In 1936 Jamie married Jeanette. They were later able to purchase a small tract of land in partnership with Jamie’s parents to begin building their own ranch.

Throughout the 1930s and 1940s, the Stevenson family and ranching operation grew. Jamie and Jeanette had five sons: Jim, Wes, Wayne, Keith, and Rick. During this time Jamie and Jeanette continued to acquire land and expand the operation, including a band of 1,200 to 1,500 ewes, and “a calico group of cattle” made up mostly of Shorthorn and Hereford.

In 1947 Jamie and Jeanette started a new chapter for the family as they purchased four registered Angus heifers from the dispersion sale of Airyland Ranch, one of Montana’s pioneer Angus Herds. This was the beginning of what would become Stevenson Angus Ranch.

In 1959 Wayne and Marian were married and began ranching with his parents. Throughout the 1960s the Stevenson Angus herd continued to grow, and Wayne and Marian added three children to the family: Valerie, Doug, and Clint. In 1972 it was time for Wayne and Marian to start out on their own and Basin Angus Ranch was established.

The Foundation of the Basin Herd

Wayne had a keen eye for good cattle and raised or owned numerous breed leading sires, as he built the Basin Angus herd through its first 20 years.

One of Wayne’s early achievements after forming Basin Angus, was producing Basin Q Bar 163, born in 1973, who went on to rank among the top sires in the Angus breed for maternal traits through the early years of the National Sire Evaluation reports. Deep bodied, easy fleshing, and heavy muscled, Basin Q Bar 163 was the maternal building block at the foundation of the Basin program.

While prominent Basin cow families such as Chloe and Enchantress trace back to those original four heifers purchased from the Airyland dispersion, another significant addition to the Basin herd in the early 1970s was when Wayne acquired several top producing females from the dispersion of the Burleigh Angus herd which resulted in the Lucy and Joy cow families that play such a significant role in the Basin program.

In the late 1970s, while still in junior high school, Doug attended the Shipp Angus dispersion sale with Wayne. While the features of the sale were young herd sires and young cows, Doug purchased the older foundation cow in the pedigree of those younger animals. That purchase was the start of the Trojan Erica cow family in the Basin herd.

In 1979 Wayne joined with several other Montana Angus breeders to purchase QAS Traveler 23-4, the original foundation of the Traveler line. Later leased to ABS, Traveler went on to set a record as the all-time volume beef semen sales leader at ABS, the largest A.I. organization in the world.

In 1989 Basin purchased GT Maximum, who ushered in a new era of growth and carcass genetics for the Angus breed, becoming one of the most popular sires in ABS history, and infused the Basin herd with additional power and performance. Basin Max 602C was born in 1993 and exemplifies the generations of Basin breeding – GT Maximum, out of a Rainmaker dam, back to a Basin Q Bar daughter. Basin Max 602C continues to be one of the most influential sires in Angus history, and his progeny excel in a variety of environments and programs adding exceptional performance and volume.

Doug and Sharon were married in 1985 while attending college at Montana State University. After graduating with an Ag Business degree, Doug was accepted to the Law School at University of Montana. Following Law School, Doug practiced law full time for just a year before the young couple made the decision to return to Hobson to the ranch in 1990. Wayne and Marian had continued to add land and cattle. By then the Basin herd had grown to 1,000 registered Angus cows.

In the early 1980s Basin Angus and Stevenson Angus had joined together to market genetics under the name of Stevenson / Basin. By the early 1990s both ranches had grown significantly, and the Stevenson / Basin entity was becoming one of the largest marketers of Angus bulls in the country.

Wayne’s untimely death in 1994 had a profound and lasting effect on the family and the ranch. The patriarch of the family, Wayne was the glue that held everything together. Following Wayne’s death, Doug and Sharon took over management of Basin Angus, and Doug and his uncle Keith worked together to manage the marketing efforts of Stevenson / Basin.

Throughout the 1990s and early 2000s Basin Angus continued to add land and increase the cow herd. In the early 2000s the Stevenson families were founding owners instrumental in the creation of the ORIgen A.I. business. Doug was the initial President and Chairman of the Board of Directors, and he continues to serve in the capacity.

By 2004 Basin Angus had grown to over nearly 2,000 cows, and the joint marketing program of Stevenson / Basin was selling over 2,500 bulls per year. That year the Stevenson families joined together to build a new bull development and sale facility to try to catch up with the growth of the cow herds and the increased number of bulls being developed.

After their return to the ranch, and throughout this time of expansion, Doug and Sharon started a family of their own, having three daughters: Brittany, Leisa, and Nicole.

The Next Generation of Cattle

In 1998 Doug added the influence of N Bar Emulation EXT to the Basin program through the purchase of Gardens Expedition. Expedition added tremendous carcass quality genetics while still producing the functional phenotype expected in the Basin herd. He was the sire that allowed Basin Angus to achieve breeding leading carcass merit without sacrificing fertility, fleshing ability, and structure.

Through the early 2000s females from the Basin program started to have an impact around the country. After a fertile and prolific nine years in the Basin herd, Basin Lucy 178E was sold in 2004 as the first animal through the newly constructed sale facility. She later resold for a $410,000 valuation at 12 years of age. 178E was seven years old when she entered the embryo transfers program and was held open for the year. While only flushed five times at Basin Angus, those five flushes resulted in over 20 direct daughters that eventually ended up as donor cows around the country. Stacked multiple times in most of the pedigrees, the descendants of 178E are dominant in the current Basin Angus herd.

Basin Chloe 812L was another cow that has made a significant impact in the breed. As a young cow she raised Basin Franchise P142. A breed standard for calving-ease, maternal, and carcass performance, Franchise was a top semen sales bull for ORIgen in the early years of the company. Basin Chloe 812L was the first Basin cow to go to Express Ranches as part of a joint embryo project. At Express she produced daughters that are found in pedigrees of top producing cows in programs all around the country.

The End of an Era

By 2008, Stevenson / Basin was marketing over 3,000 bulls, 500 registered females, and thousands of commercial bred females annually, including cattle from Stevenson Angus, Basin Angus, and Stevenson’s Diamond Dot Ranch as well as several cooperator herds. The new bull development and sales facility made growing the bulls and managing the sales more efficient. However, the overall scope of the combined operations had become complex and cumbersome. The decision was made that the individual operations would each go their separate way, and the Stevenson / Basin marketing entity was dissolved.

The next few years were challenging. The combination of drought, low cattle prices, and the discovery of new genetic conditions in the Angus breed turned management of the large-scale Basin Angus operation into a chore rather than an enjoyable lifestyle. With three teenage daughters, and an uncertain future of who would eventually manage the ranch, difficult decisions had to be made.

In 2010 the decision was made to disperse the Basin herd. The original Basin Angus ranch property was sold. Doug and Sharon relocated to the south-central Montana, near Billings. The plan was semi-retirement, to enjoy finishing raising the three daughters, and a small amount of consulting work to occupy some time. However, semi-retirement did not last for long.

When the dispersion sale was held in 2010, Basin Angus had a set of embryo pregnancies in cooperator herds that were not able to be included in the sale offering. Doug and Sharon planned that from those embryos calves they would rebuild with a small herd to enjoy in semi-retirement. However, when it was time to wean that set of embryos calves from those cooperator herds, Doug knew it was destined to be more than a hobby. The culmination of a lifetime of breeding Angus cattle was represented in that group.

Most notable of the bull calves was Basin Payweight 1682, who went on to be a dominate sire across the breed for several years. In the current environment of rapidly turning generation, at 10 years of age, 1682 is still producing semen at ORIgen and still in demand.

The heifer calves from that small embryo project were a tremendous group to build a herd and include:

After several years of looking at ranch properties, in 2016 Doug and Sharon purchased the current Basin Angus headquarters located near Reed Point, Montana. The Basin herd is back to over 1,000 cows.

Doug and Sharon’s oldest daughter Brittany is a pharmacist at the Billings Clinic hospital. Brittany’s husband, Trevor Berg manages the day-to-day operation of the ranch. Middle daughter Leisa currently teaches Ag Ed in Stanford, Montana. Leisa and her husband, Brady Johnson, assist with projects at the ranch as their schedules allow. Youngest daughter Nicole is completing her degree in Ag Business at Montana State University in Bozeman. Nicole is actively involved in the ranch operation having studied the genetics and structure of cattle alongside her father from a young age.

Long time employee Shane Whiteman rejoined Basin Angus in 2014 as a customer service rep, marketing the program and assisting customers to market their cattle. Long time friend Jeff Wood joined the Basin Angus team in 2019, working along side Trevor, and has been a valuable addition to the team.

With a talented crew and a tremendous genetic base, Basin Angus is ready to move forward.